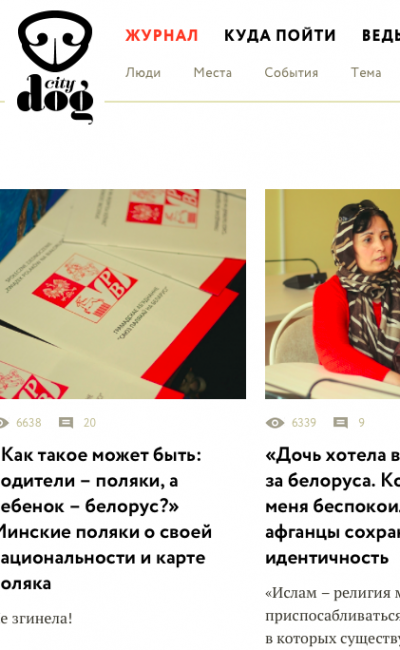 In 2016 the online magazine CityDog.by  launched a rubric on the lives of ethnic minorities,  “Minsk Diaspora.” The site already has published three texts: about Ukrainians, Jews, and Armenians. In October, there will be three additional articles: about Minsk Afghans, Belarusian Tatars, and Poles.

We want to show Minsk as a big, diverse city with representatives of many cultures and nationalities who have lived here for centuries. We also raise the issue of whether Minsk citizens are as tolerant as they claim to be. In addition to texts, we have also created the exhibition “Mezhy Іnshaga” (“The Boundaries of the Other”), the central theme of which was the presentation of Belarusian tolerance during armed conflicts and the migration crisis.